Beheaded pirates on Meadow of the Heads

This is the true story of how the Meadow of the Heads (Hovedengen) outside Danhostel Ribe got its name and of how pirates, who in former times were decapitated, had their heads put on stake right here. 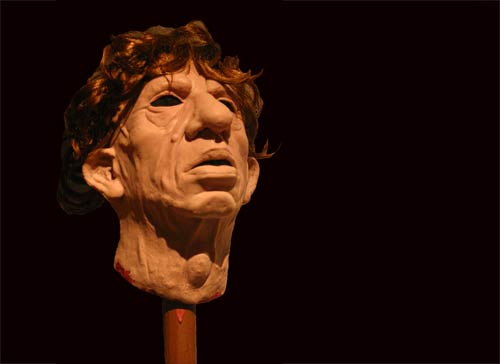 Danhostel Ribe is beautifully situated on the Meadow of the Heads (Hovedengen) leading down to Ribe River in Scandinavia’s oldest town. Today the meadow is preserved and part of the Wadden Sea National Park. At times it is flooded, so that the water comes up right next to the dike protecting Danhostel Ribe.  At such occasions we have a “view of the sea”. 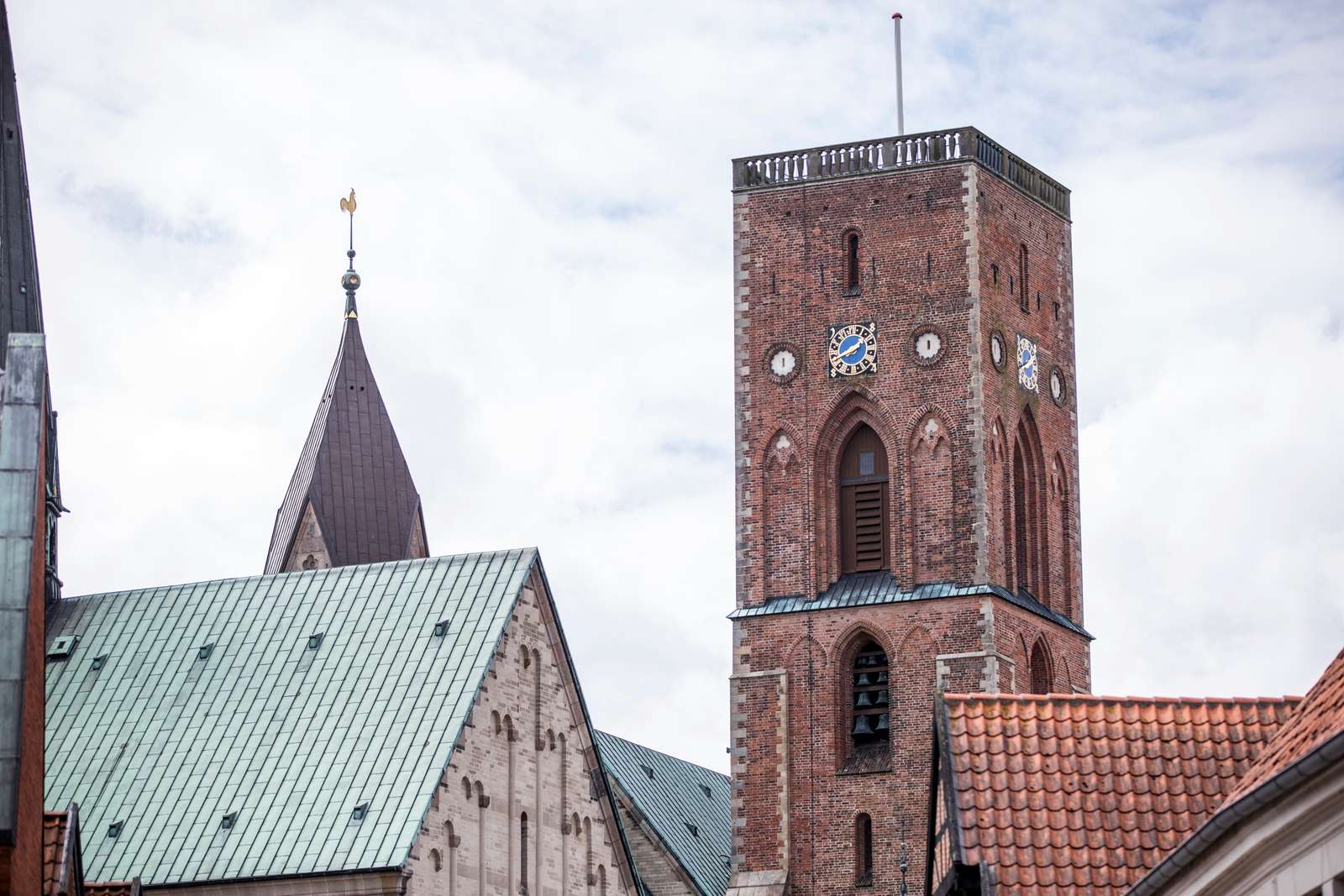 Pirates in the North Sea

In the 1500s there was much trouble with pirates in the North Sea.  At that time Hovedengen was known as Todes or Tuodes Eng (Tuodes Meadow).  Since then it has popularly been called Hovedengen (Meadow of the Heads).  As far back as Valdemar the Great’s time (1131-1182), it was customary to put the pirates’ decapitated heads on stakes at the entrance to the harbor as a frightful warning to those who might want to try their luck to be pirates and to the delight of peaceful local merchants.

On February 6 1555 the pirate Morten Thode and his men were beheaded and then their heads were put on stakes at this meadow located at the entrance to the harbor. Initially, the pirates were first arrested, but released due to lack of evidence. Later, however, they were arrested again and beheaded.  While they were on release Ribe resident Peder Hvid had bought a ship from Morten Thode. This ship was seized by the King’s local vassal.  But since Peter Hvid had purchased the ship while the pirate had been on release, the king ordered his vassal to return the ship to Peter Hvid.  The whole affair is known from a preserved letter to the vassal at Riberhus Castle.
For ghost hunters: Is Morten Thode haunting the hostel? Read if you dare: Haunted Hostel

In 1573 Ribe resident Hans Jessen won great reputation and the honorary title of the “Seacock” when he captured several pirates. According to his own and eyewitnesses’ reports, the incident proceeded as follows:

In this video, the brave merchant Hans Jessen Søhane is bragging about the pirates he caught. The pirates were beheaded and had their heads placed on stakes at Hovedengen (The Head Meadow) outside Danhostel Ribe’s windows.

In 1567 the pirates captured Hans Jessen’s ship and stole his oxen. Six years later he was robbed again.  This time, in August 1573 as he was on his way by ship from Holland to Hamburg, when he was stopped by the pirates.  Since he only had three men on board, there was nothing he could do. Under the command of one Alexander Hock, the ship was taken over by nine pirates. Hans Jessen tried to bribe him with 100 Rigsdalers so that he could return to Holland, but that was not accepted.

Later the same day the pirates were sitting below deck and got drunk on the ship’s wine.  In the evening the pirate captain and three of his men emerged on the deck and attempted to throw Hans Jessen and his crew overboard. This was the normal pirate practice. This time, though, it didn’t work. Hans Jessen and his unarmed men succeeded in beating the pirates. They succeeded in locking the hatch on the deck, which meant that the other pirates were unable to assist their comrades. So the four pirates ended up in the water themselves. It had been a hard fight, however, as one of the Danes was killed and Hans Jessen and one of his men were wounded.

Having reached home the rest of the pirates – a Scotchman and four from Holland – were interrogated at the notorious Ribe court.  They explained that their captain had organized all the piracy activities. Previously before capturing the ship of Hans Jessen they had taken four or five other seagoing vessels. However, they had lost these ships later to a French free-booter.  Alexander Hock’s men were all beheaded. However, the executions took place on two separate occasions, as two of them were lucky enough to escape for a while.
Afterwards the Pirates’ heads were placed on stakes on the Meadow of Heads

Hans Jessen received 9000 Rigsdaler from the king due to his great heroism. In 1578, because of his newly earned prestige, he was elected to be a member of the city council and the citizenry also tried to elect him as mayor without success. 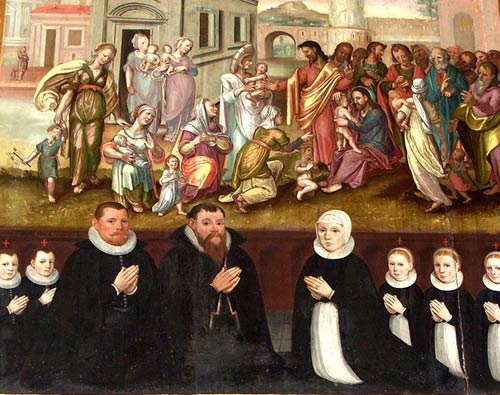 A painting from 1608 on an epitaph in Ribe Cathedral shows Council member Hans Jessen Søhane and Karine Nielsdatter. They are pictured kneeling together with their son, Niels, who was their only child who survived to adulthood.  Behind them kneel their five other children (3 girls and 2 boys) whom all died very young.  Their son Niels was married to Karen, the daughter of Councilman Anders Sørensen Klyn.  It was one of her brothers, who shamefully wounded the 72 year old Hans Jessen Søhane, so that he died the next day, December 12 1604.  The painting can be seen in the side aisle to the left just after entering the church. 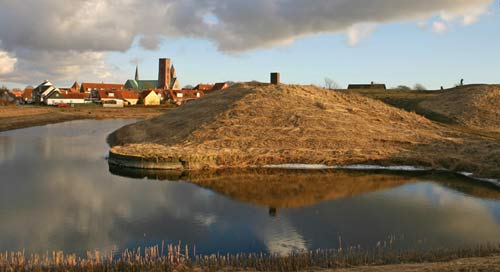 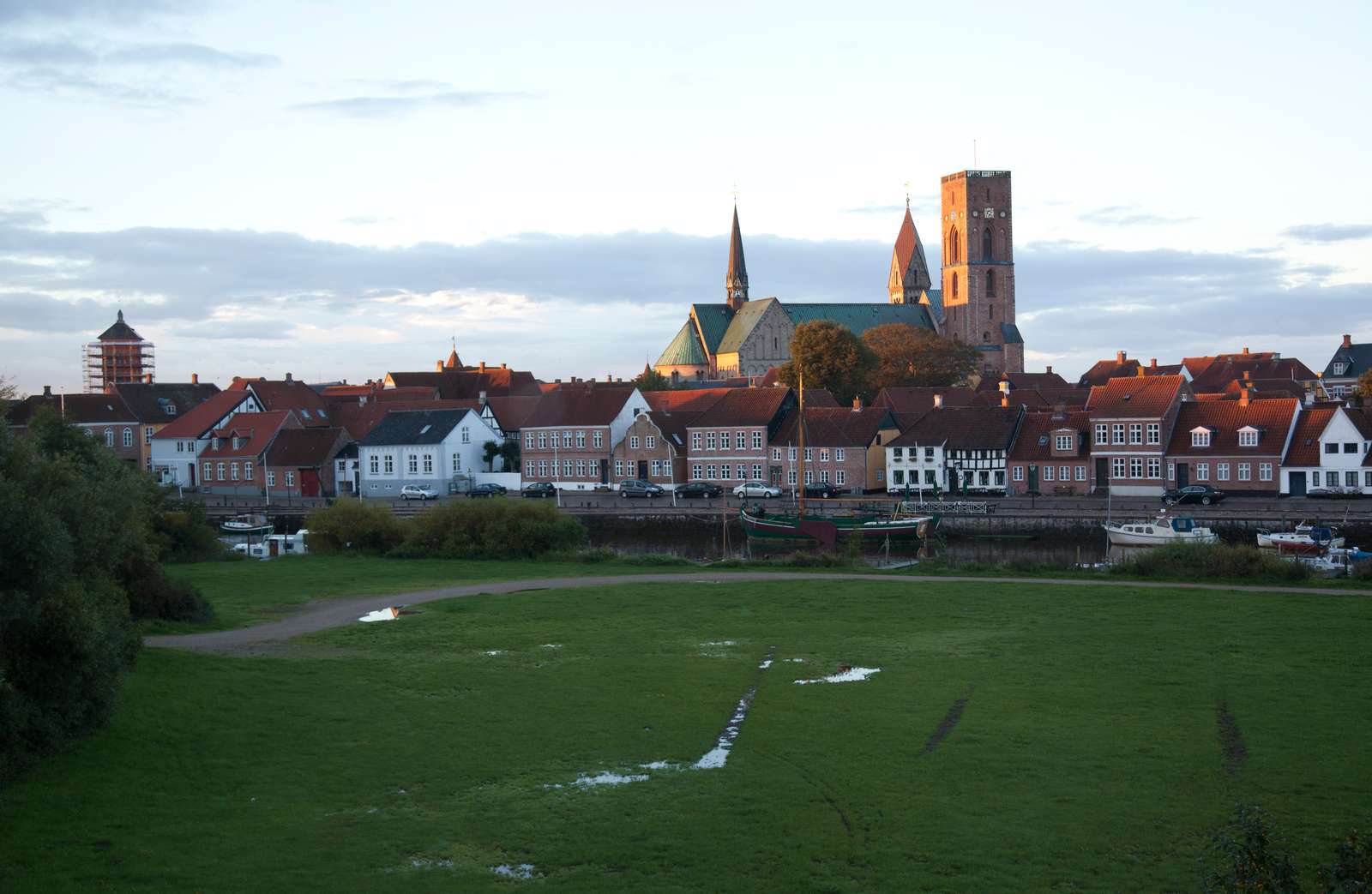 Check our everyday events and get close to our Hostel